«The Forest of Lost Souls» to world premiere at Fantasporto 2017 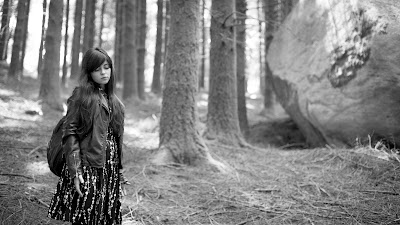 Sadness is a blessing.
Carolina is an unstabble young girl who loves sad music, obscure literature and walking around The Forest of the Lost Souls, an isolated place known by the pratice of suicide.
In a summer morning, she meets Ricardo in the woods, an old man looking for his daughter.
A Floresta das Almas Perdidas is debuting in festivals in february at the Fantasporto - Oporto International Film Festival. In april it will have its african premiere at Cameroon International Film Festival - Camiff.

New promotional picture of «The Forest of Lost Souls»


"It's here ever since the Big Thaw. It doesn't come from a river. It comes from nowhere. It's just melted ice from the Ice Age. It's always been here, frozen in time."

Meet the sadness of Carolina (Daniela Love) and the mysteries of «The Forest of Lost Souls» in film festivals starting in February 2017.

In the world's saddest place, two strangers meet. But one of them is happy to be there. Ricardo is a depressed family man looking for the place where his daughter died. Carolina is a offbeat hipster who finds all things related to death fun. The two meet in a suicide forest - but one of them is a liar.

New publicity still for our feature film «The Forest of Lost Souls», featuring the two main characters: Carolina and Ricardo (as portrayed by Daniela Love and Jorge Mota).

"The lush undergrowth of The Forest of the Lost Souls cloaks manifolds secrets and stories of despair. The forest is Portugal’s most popular haven for victims of, and those contemplating, suicide.

One summer morning, two strangers who have lost all hope in life enter the forest to escape, but find each other instead.  Ricardo (Jorge Mota) is an old and weary man. After his daughter Irene (Lilia Lopes) fell victim to a romantic pact gone wrong, she took her life in the glacial lake deep within the forest. Carolina (Daniela Love), an unstable hipster who finds fun in morbidity and death, befriends the man.

Briefly distracted from committing suicide, they explore The Forest of the Lost Souls and the secrets it holds together. Dishonesty between the new friends leads them to discover darker, more terrifying secrets instead." Overview by Arielle Terpstra in splatsofblood.com

Labels: about the film, publicity still

«The Forest of the Lost Souls» featured artist: CBMC 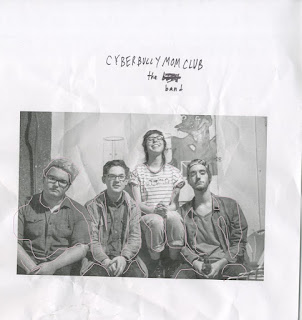 The song «March 1st» by CBMC is featured in the final act of «The Forest of the Lost Souls». «Cyberbully Mom Club» is a solo project by Shari Heck, from Philadelphia (USA). You can find more of her music in their official bandcamp site.

«The Forest of the Lost Souls» featured artist: No Vacation 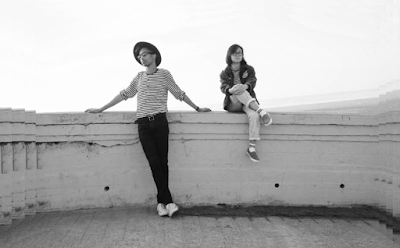 The catchy summer song «Beach Bummer» by No Vacation is featured in a key moment of «The Forest of the Lost Souls».
«No Vacation» is a San Francisco based indie pop band that as duo between Sabrina Mai and Basil Saleh in 2015.
Find ‘Beach Bummer' and more of their music on Bandcamp.

Article on «The Forest of Lost Souls»

The horror blog 5D The Fifth Dimension has published an article and an interview about our film. You can read it here: http://stuart66.blogspot.pt/2016/07/the-forest-of-lost-of-souls.html

“The thought of suicide is a great consolation: by means of it one gets through many a dark night.”


“The thought of suicide is a great consolation: by means of it one gets through many a dark night.” ― Friedrich Nietzsche 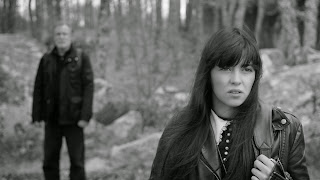 Director José Pedro Lopes and producer Ana Almeida will attend May 25 the Shortcutz Guimarães Film Festival to screen the 2015 short «Your Audience» and a trailer for «The Forest of the Lost Souls», along with a Q&A about the upcoming feature film. 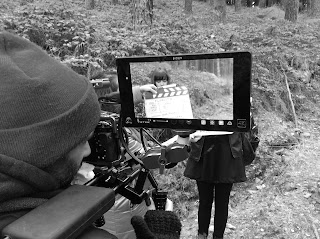 Filmdoo interviewed director José Pedro Lopes as the 2011 short «Survivalismo» is new featured in their service, and a lot of new information on «The Forest of the Lost Souls» was featured in the article. You can read it here.

Labels: about the film, article

Stop Motion sequence in the works 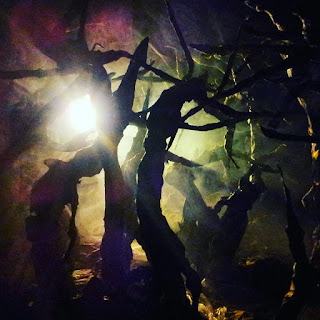 The german film website 100 Years of Terror ranked "A Floresta das Almas Perdidas" (The Forest of the Lost Souls) as the 9th most anticipated horror film for 2016 (in a Top 13 ranking).
You can read it (in german) here.

«Forest of Lost Souls» at the European Film Market in Berlin

Anexo 82 was this week in Berlin to attend the European Film Market 2016 and promote «A Floresta das Almas Perdidas» (The Forest of the Lost Souls), with the support of our friends at Portugese Film Agency (ICA) and FEST - New Films New Directors Film Festival. 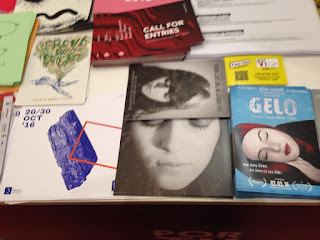 Anexo 82 is attending the European Film Market in Berlin from Feb. 15 to Feb. 17 to promote «A Floresta das Almas Perdidas» (The Forest of the Lost Souls). Find us at the portuguese representation of the market.

Horror film website The Blood Shed has released a new promotional still for "The Forest of the Lost Souls" and an exclusive interview with director Jose Pedro Lopes and actress Daniela Love. You can read it here: http://www.theblood-shed.com/jose-pedro-lopes-discusses-his-new-film-forest-of-lost-souls/

The Most Beautiful Suicide of Carolina (Promo Still + Production Notes)

On this promotional still from «The Forest of the Lost Souls», Carolina (Daniela Love) looks as if she’s resting. Everything about her pose — her gloved hand clutching her necklace; her gently crossed ankles; her right hand with its gracefully curved fingers — suggests that she is momentarily quiet, perhaps thinking of her plans for later in the day, or daydreaming of her beau. Or maybe not.

This is a recreation of the iconic photograph of Evelyn McHale by Robert Miles, originally published by LIFE magazine in 1947. This picture remains, seven decades later, one of the most famous portraits of suicide ever made. The woman in the photo was 23-year-old Evelyn McHale. Not much is known of her life, or of her final hours.

But beyond the mystery of Evelyn McHale’s life and death, there is the equally profound mystery of how a single photograph of a dead woman can feel so technically rich, visually compelling and—it must be said—so downright beautiful so many years after it was made. There’s a reason, after all, why she is often referred to as “the most beautiful suicide”; why Andy Warhol appropriated Wiles’ picture for his Suicide: Fallen Body (1962); why once we look, it’s so hard to look away.

For its part, LIFE magazine captioned the picture with language that veers strikingly from the poetic to the elemental: “At the bottom of Empire State Building the body of Evelyn McHale reposes calmly in grotesque bier her falling body punched into the top of a car.”

Based on the this article by Time Magazine.