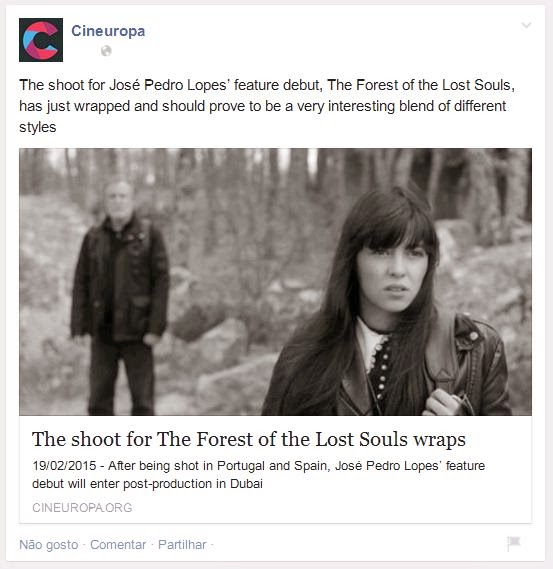 Early Word
- Ranked at the 9th most anticipated film by german website 100 Years of Terror (Jan 2016);

Reactions to the teaser trailer on media

"if this brief sneak peek is any indication, it’s going to be very unique."
dreadcentral.com

"The set-up sounds very interesting to me, and while the teaser trailer doesn't give you much at all to go on, it does feature some beautiful black and white cinematography."
joblo.com

"The film is shot entirely in black and white in Northern Portugal and Spain. Based on the trailer below, the film looks incredibly beautiful. Pick any frame and print it on a canvas, it can hang in any art gallery and hold it’s own. The story is said to be a dark coming of age drama with a 70’s slasher feel. This unique combination leaves us incredibly intrigued as to how it will all play out."
weareindiehorror.com

"A coming-of-age slasher is a bizarre and unique genre mash-up ... the trailer is short, strange and surprisingly compelling... «The Forest of the Lost Souls» looks and sounds beautifully" bizarre."
Scream the Horror Magazine

"It is a horror story into a drama about the advent of adulthood, an intelligent cross-gender characters to limit their feelings in an unusual and strange place. A film to consider."
elprimoderidleyscott.es

The Forest of the Lost Souls, a coming of age slasher movie
Horror Society - February 2015