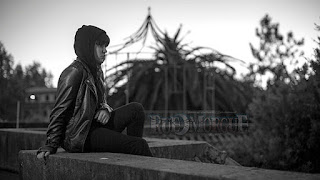 Rue Morgue magazine has released new images from The Forest of Lost Souls as well as some details on its release.
The film is debuting in the UK on May 27 at Manchester's Triple Six Festival.
In the USA, the film will be released by Wild Eye Releasing. 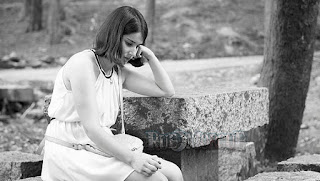 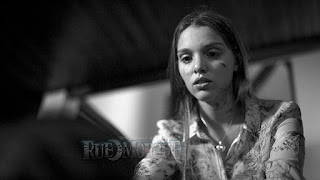 «A Floresta» awarded at Fant Bilbao 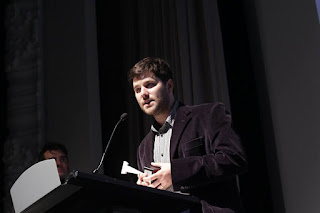 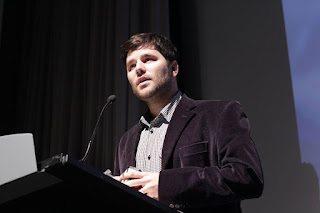 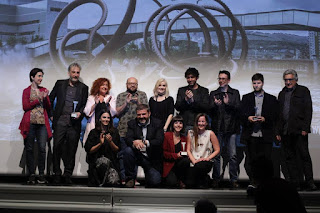 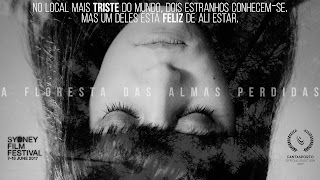 We're so happy to announce that The Forest of Lost Souls is part of the Freak Me Out section of the Sydney Film Festival that takes places in June in Australia. In the UK the film is playing on May 27 at Triple Six Film Festival.

We Are Indie Horror has published a lovely review of the film.
"Unlike Any Horror You’ve Seen!"
"Suffice it to say, The Forest of Lost Souls is a film quite unlike any other you’re likely to see this year. Shot in gorgeous black and white, Lopes has created a horror tale which draws you in with real human emotional interaction, then holds onto the viewer by way of a strangely fascinating sense of curious unease.
...
Going into further detail spoils the movie terribly, but Lopes continues on with a movie that takes the sense of humanity and interacts in The Forest of Lost Souls‘ beginning and turns it on its head, and really trusts the viewer to understand the changes which occur. It’s resolute in its vision, and the work of the cast is superbly restrained, with histrionics being far from the order of the day. It’s so subtle as to likely rule the opinions of genre purists, but for those with an open mind, The Forest of Lost Souls is a fantastic new kind of horror."

The film will be distributed in North America by Wild Eye Releasing, in Sweden by Last Exit Entertainment and is repped by Sharp Teeth Films.